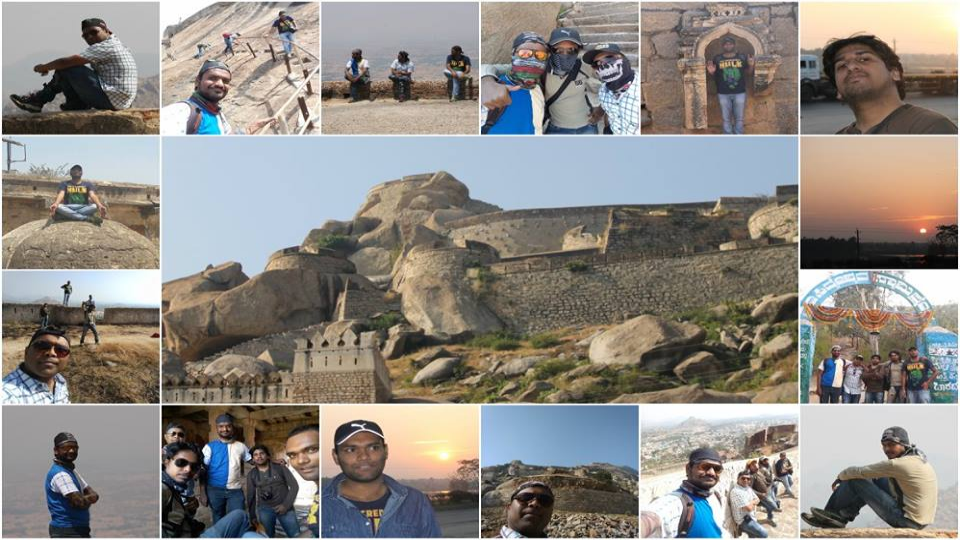 Memories from Trekking the Monster Madhugiri and Siddara-Betta

It was during those days when Ganesh and I used to ride and trek 2 hills on a given day.  I am sharing my memories of trekking the 2nd Largest Monolith in Asia; Madhugiri.

We only have 3 Monolith Rock hills in India; Savandurga, Madhugiri, and Yana, while the former two are around Bangalore and the latter in Karwar District.

We started early before dawn from Goreguntepalya junction and rode straight till Hotel Vrindavan near Dabbaspete for breakfast. 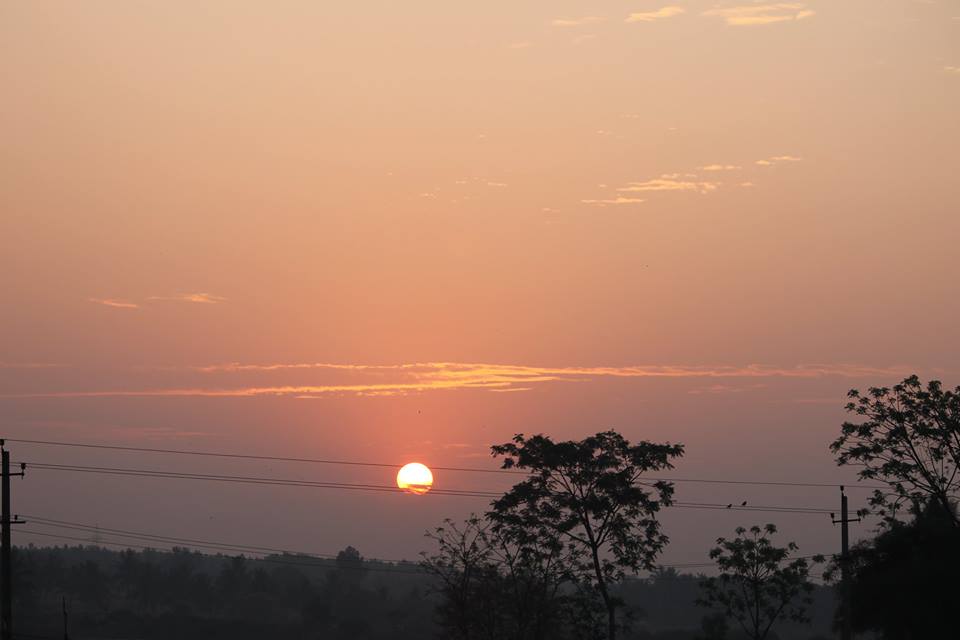 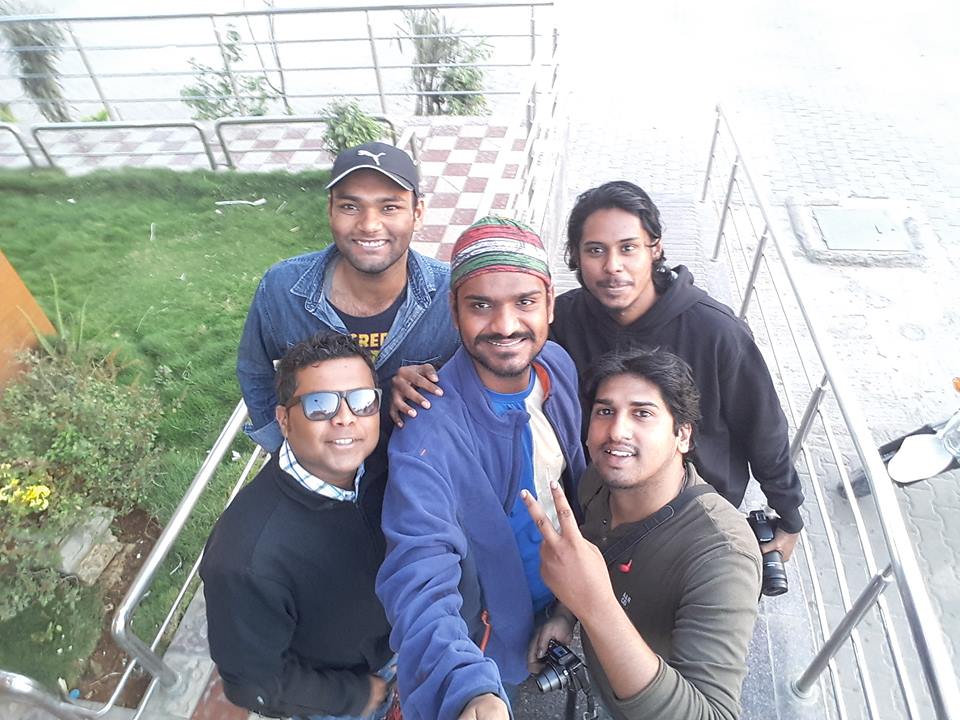 We reached the Madhugiri base by 9 am and without wasting a single minute, we started the trek.  The initial part of the climb was really easy as you have those paved steps; and as we moved forward, the trek got difficult. 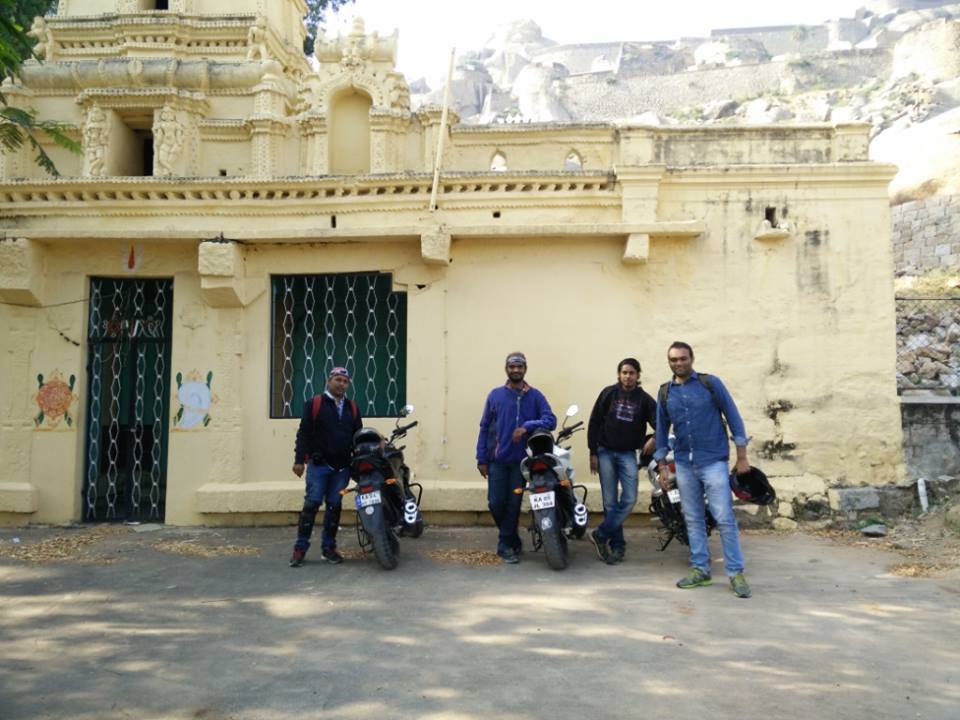 At Parking space, the base point of Madhugiri Hills

Monster Madhugiri Fort as seen from the base point 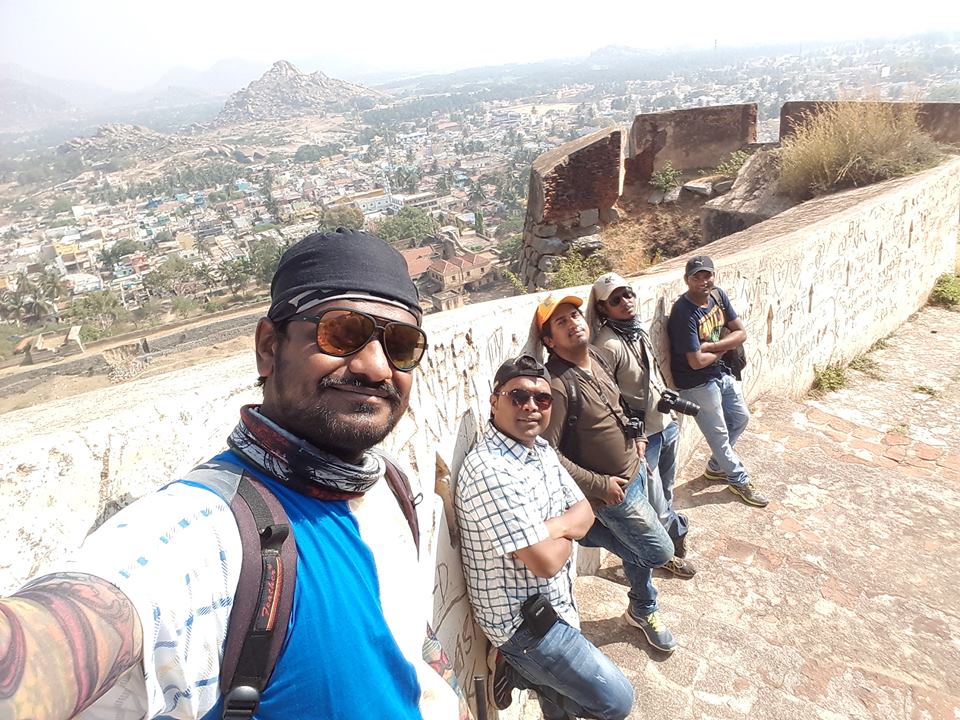 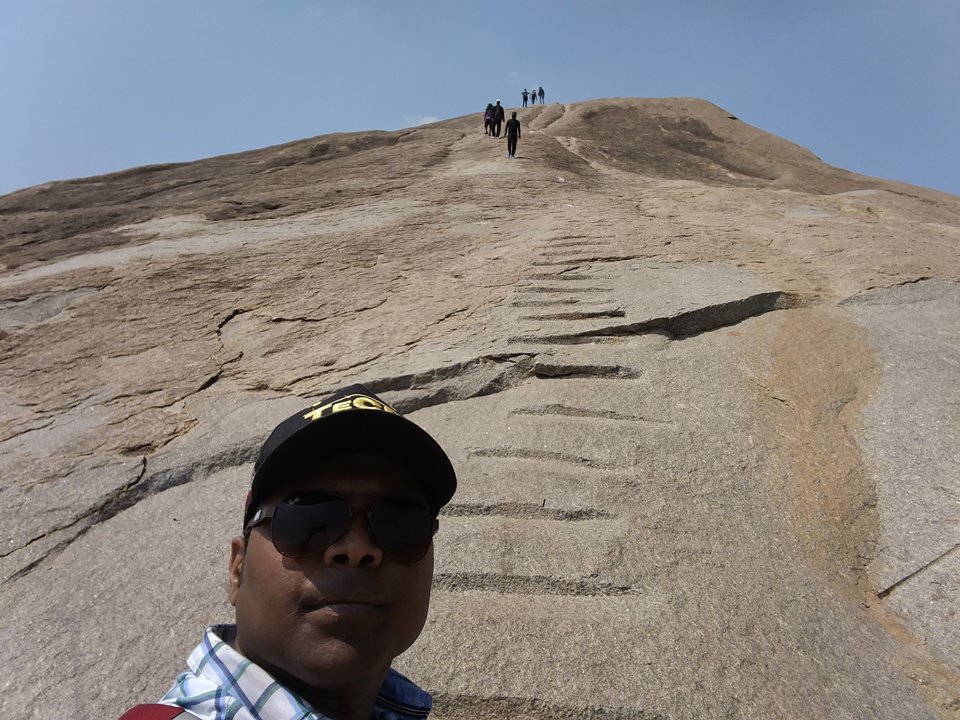 The Trek gets difficult from here on! 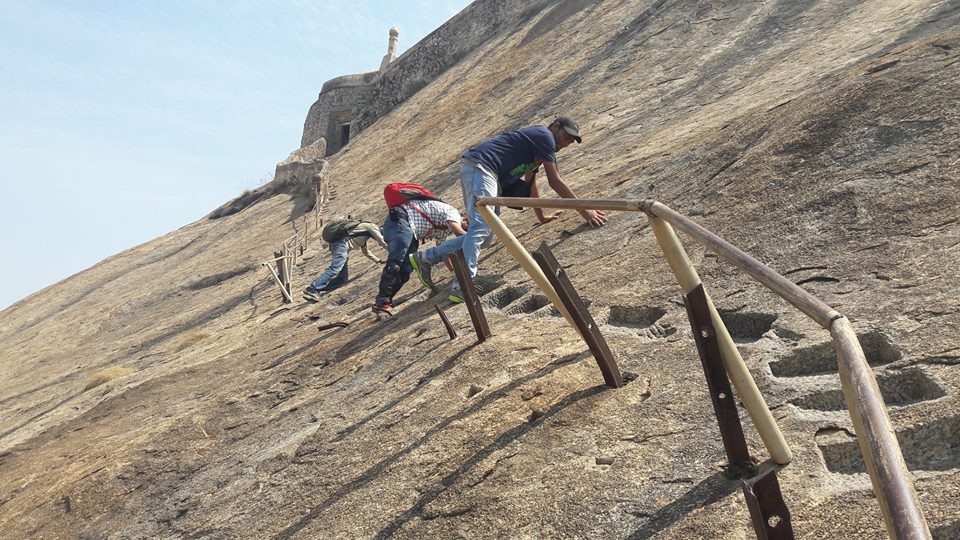 The most difficult stretch at Madhugiri

We rested for a while under the shades of a boulder rock.  As we kept trekking the hill, it seemed never-ending.  But we didn’t give up; we wanted to reach the highest point at the top; no matter what. 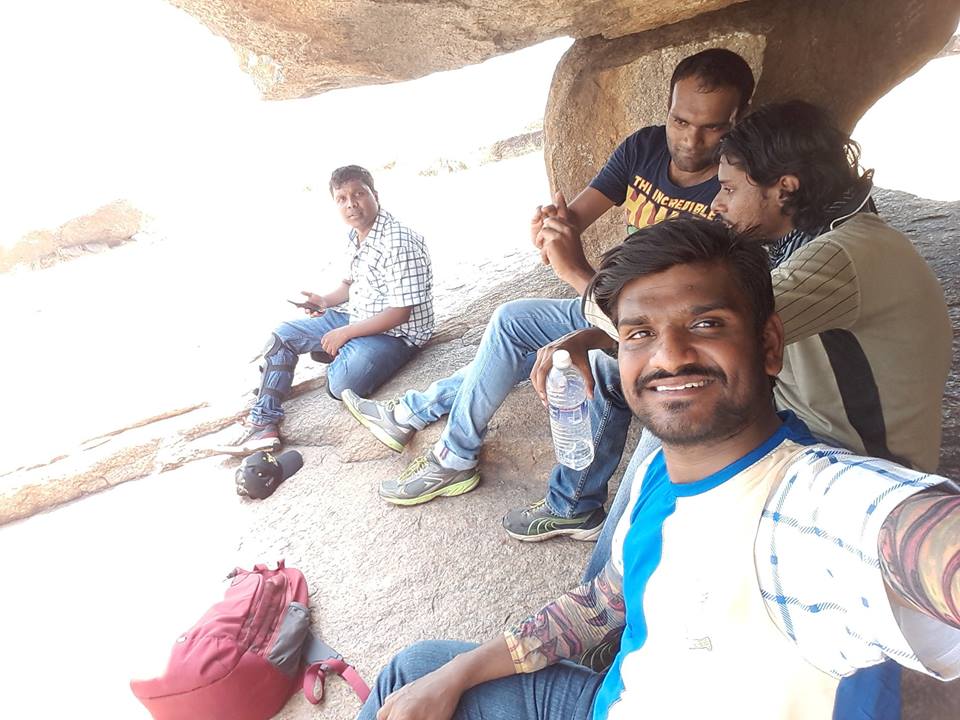 Resting under the shades of Stone Boulders

It was 12 pm when we finally made it to the highest point of the hill; the sun was scorching hot. 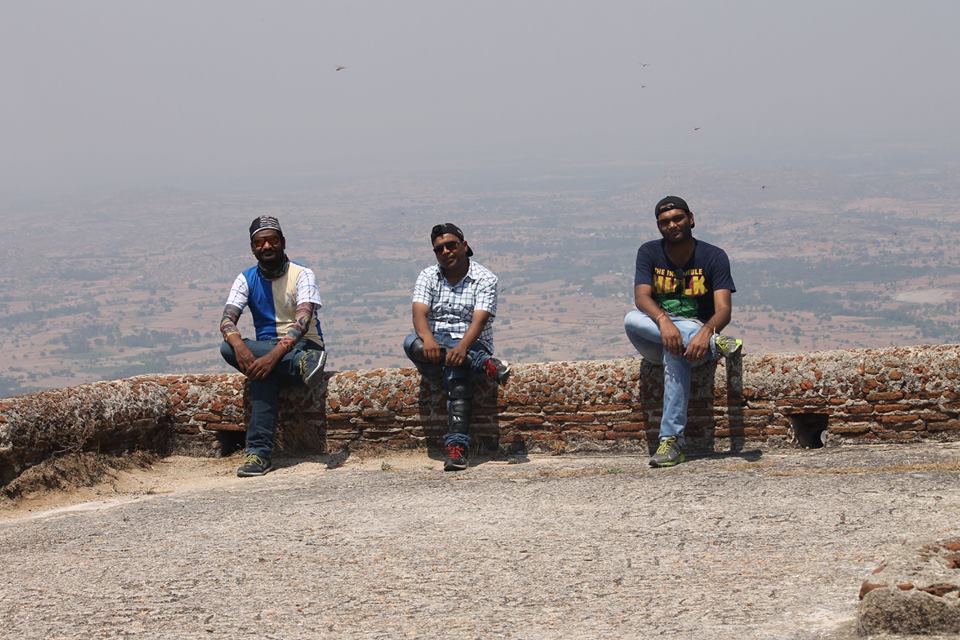 At the topmost point at Madhugiri

We descended down carefully, getting on to our bikes; we rode straight to Madhugiri bus-stand to have some fruit juices.

Post having few extra glasses of Musk Melon juice, we rode to Siddarabetta.

It was dusk time as we reached there. Siddarabetta, a very easy trek with the majority of steps until the temple atop the hill.

There is a caved temple uphill; and a water source in-front of the Shivaling.  The caretaker of the temple said that the water will always be sweet and cold any time of a given year.  Indeed, the water was sweet and cold when tasted. 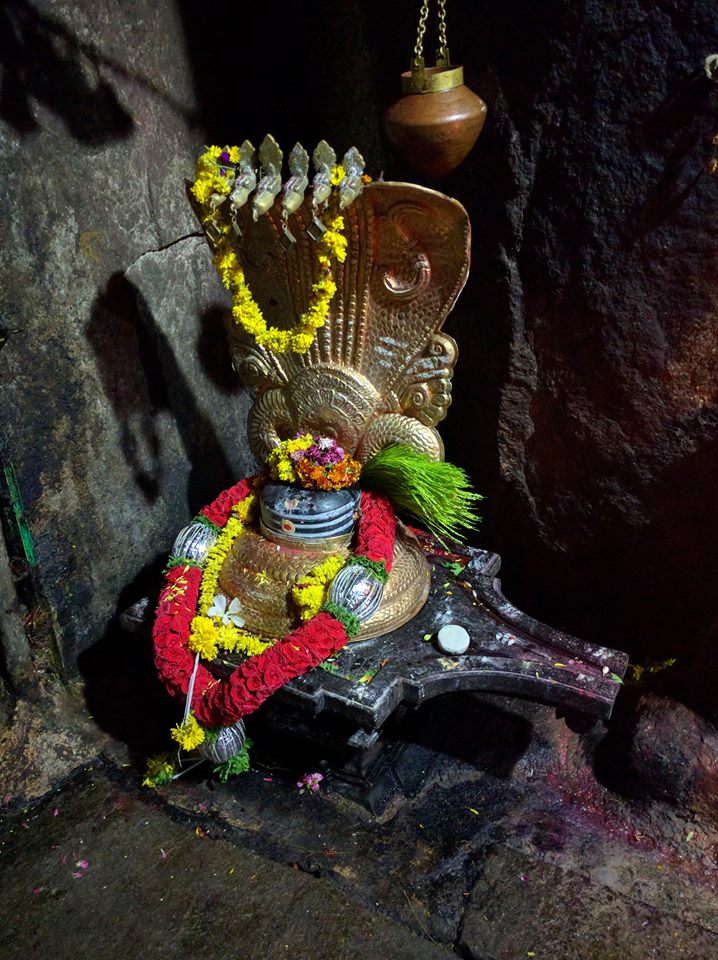 The Shivaling inside the caved temple at Siddara Betta 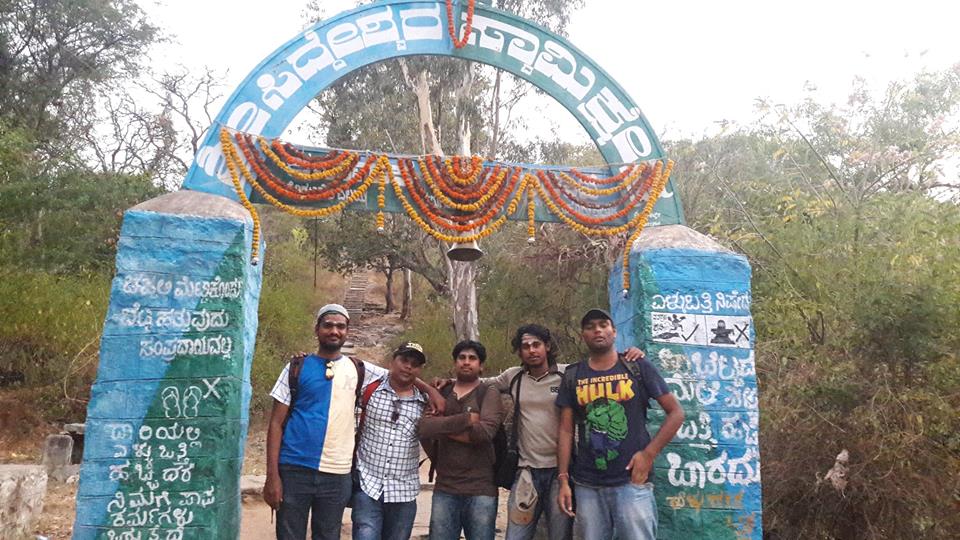 At the base point of Siddara Betta

While returning back to Bangalore through the on-going construction of the state highway, Ganesh’s bike got punctured.  We found a petrol pump nearby where we got the puncture repaired, luckily. 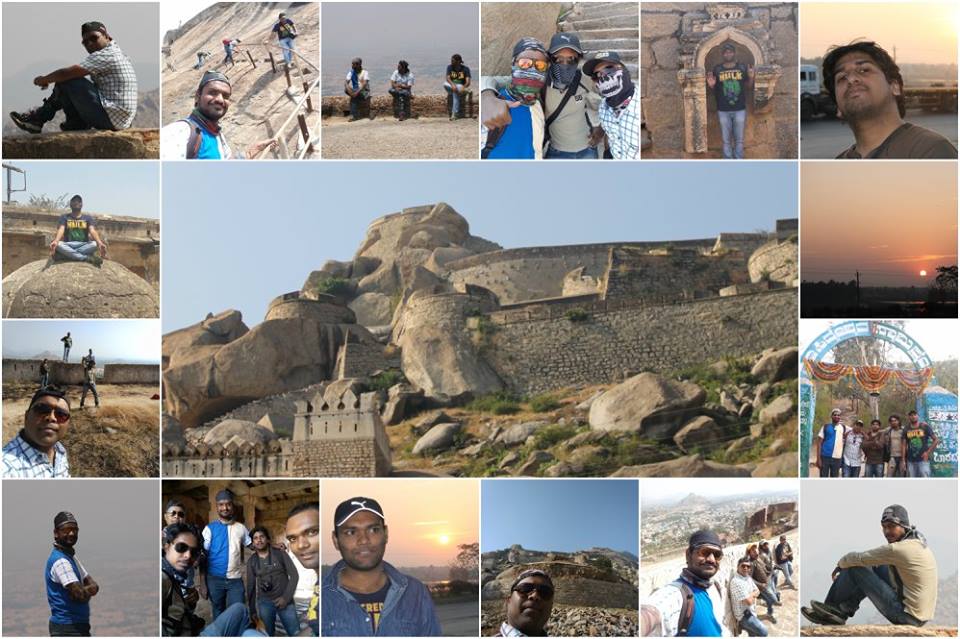 A picture collage of the trip

Thank you guys for a memorable Trek 🙂
Stay safe and stay tuned until I blog my next travel story!!!
Photo Credits: All 5 of us.